A high quality heathered tri-blend brown t-shirt featuring an illustration of the stoic and wise Lakota leader Sitting Bull above the ironic quip of “Trust the Government.” Following the discovery of gold in the Black Hills of the then Dakota Territory, the U.S. Government reneged on the promise to protect Lakota territories from further encroachment by settlers. Shortly thereafter, General Custer was sent to put down renewed hostilities following default of the 1868 Treaty of Fort Laramie after his expeditionary force discovered gold. This of course culminated in Custer’s Last Stand where a combination of Lakota Sioux, Cheyenne, and Arapaho tribes allied to repel the U.S. Military, leading ultimately to the death of Lt. Colonel George Custer during the Battle of Little Bighorn.

WARNING: This shirt is NOT intended for “Karens” and display thereto may send your neighborhood’s Karen into a frothing rage of virtue-signaling indignance, to wit the Karen may never recover.

This t-shirt design under license from Liberty Maniacs © All Rights Reserved.

There are no reviews yet.

Only logged in customers who have purchased this product may leave a review. 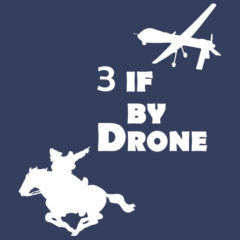 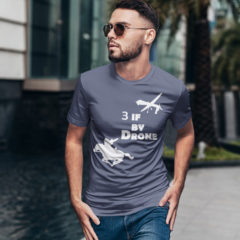 Three If By Drone T-Shirt 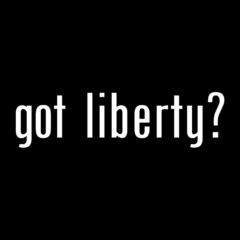 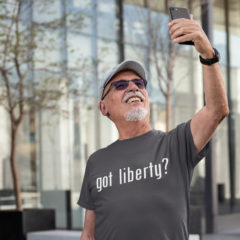 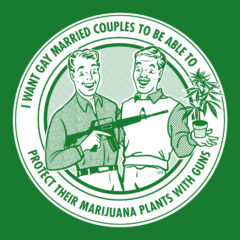 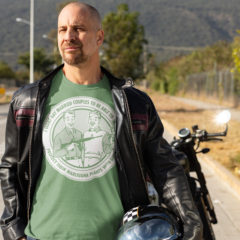 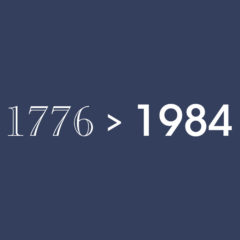 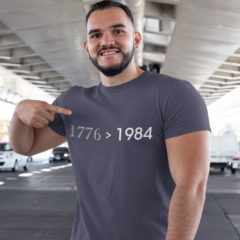